The master’s course in Canon Law intends to assume the role of fostering an academic policy for training teachers and researchers to cover the demand for quality staff in teaching and scientific production, in view of the growing number of undergraduate courses in Law . The Program was conceived, among other reasons, to supply a set of training and qualification demands for research in the legal area, taking especially into account the absence of such a course.

It is important to note that, in view of its area of ??concentration, the course is open to graduates and professionals in related fields, especially in the social and human sciences. The course’s proposal is to broaden the discussion on Justice, Process and Human Rights, providing opportunities for multidisciplinary research, meeting a growing demand in the area.

With the main role of producing high-level studies and research and with an eye on increasing internationalization, the Program hopes to receive candidates not only from the United States of America, but also from other countries that are looking for a space in the Florida Assembly of God University differentiated study and academic and professional qualification.

With the proposed differential of including the bias of justice and human rights in the approach of international law, constitutional and infraconstitutional law, the course aims to achieve a progressive academic maturation in teaching, research and extension that favors the training and qualification of its students. candidates.

This program is offered in

The chosen objectives will provide the advanced development of the student’s educational skills:

I – train teachers and doctors in education to act as teachers and researchers committed to advancing knowledge for the exercise of research science and other professionals; and

II – encourage the academic to create scientific production formulations in the field of education through publications and other forms of knowledge socialization.

I – Build interfaces between formal and non-formal education, through the production of knowledge about educational processes, considering the movement of society and its contradictions;

II – Develop research aimed at guaranteeing the Rights (Education, Health, Assistance, Work) of the population of children, adolescents and their families;III – Conduct research on the implementation, implementation and evaluation of public policies aimed at children and adolescents;

IV – Offer subsidies for the elaboration of public policies (innovative knowledge and practices), especially those aimed at children and adolescents;

V – Produce knowledge about the training of educators in formal and non-formal education situations.

I – Application for admission.

II – Choice of the program to be carried out.

IV – Statement of the field of study and objectives to be achieved in the chosen field of research.

VI – Examination of proficiency in a foreign language.

Line 01: Fundamentals of justice and human rights
The research to be carried out within the scope of this line aims to provide theoretical support for the foundation of justice and human rights, through a careful analysis of the historical-philosophical evolution of these notions, from their classic origins to contemporary times. It also aims to adopt, when possible, a multidisciplinary approach to human rights, combining legal and extra-legal research.

Line 02: Process and enforcement of justice and human rights
Along these lines, the program seeks to contemplate the contemporary demands for reflection and an in-depth debate around the construction of a fair means for the realization of rights and justice. It proposes an examination of the various judicial and administrative procedures in the light of the constitutional guarantees of the process, with a view to the realization of human rights.

Curricular structure
The Curricular Structure of the master’s degree in Canon Law was designed around a single thematic axis, defined by its area of ??concentration and subdivided in accordance with the two lines of research of the program. For this reason, the curricular subjects were organized and divided into three groups.

The first, called the Common Core , is formed by three compulsory subjects in the area of ??concentration with the mission of preparing the student for the specificity of research in law and teaching in graduate school. In addition to the compulsory subjects of the Common Core, the curricular structure houses all the other optional subjects of the Program in two Specific Cores.

The second, called Specific Core of Line 1, consists of optional subjects, of which the student must necessarily take at least four subjects, according to his supervisor and his course plan. Among these four disciplines, you can choose only one from another line. Thus, if you choose such a configuration, you must take three optional subjects in Line 1 and only one in

Line 2. The same occurs in relation to Line 2, which consists of optional subjects.
The compulsory subjects of the Common Core , of a legal and methodological nature, provide the initial unit to the Program, preparing the student for effective and adherent research to the area and to one of the Program’s research lines. In turn, the specific disciplines, of an optional nature, of the Specific Nucleus of Lines 1 and 2 were elaborated according to the research lines of the Program in order to support with the proper theoretical basis the research and the study plan of its students.

All subjects are semiannual and consist of three credits, corresponding to 45h / y, according to the Program’s Internal Regulations.

Each student must attend and pass:
In the compulsory subjects of the Common Core, which together add up to twelve credits;

In the elective / optional subjects of the Specific Nucleus, which together add up to twelve credits.

Thus, the curricular integration of the master’s course in Canon Law supposes approval in subjects that total twenty-four credits, that is, three hundred and sixty class hours. The deadline for completing the course will be twenty-four months, according to the Internal Regulation, in which other relevant information about the proposal can be consulted.

Theory of Law
Menu: Modern philosophical thought. Positivism. The scientific paradigm. Falsifiability. Legal positivism. The variety of positivisms. Main theses of legal positivism and the relations between Law, State and Society: the formalist [Hans Kelsen and John Austin], systemic-operational [Herbert LH Hart] and realistic [Scandinavian and American realism] models. Systematic thinking open to values: the relevance of the principles and their constitutionalization. Law as a system of rules and principles. The relationship between law and morals: the theses of conceptual attachment and separation. The debate HLHHart vs R.Dworkin. Neoconstitutionalism. Exclusive positivism and inclusive positivism: contraposition. The internal debate to inclusive positivism.

Teaching and Legal Research Methodology
Menu: Structure of the Master’s Program in Law at UCP: concentration area, lines of research and research projects. Deconstruction and relativization exercises in legal research. Knowledge transmission methods. Academic socialization. Scientific research and knowledge. Legal knowledge as scientific knowledge. Research in Law: objects of legal interest in the PPGD-UCP. Adequacy between object and method used in the research. Fundamental stages of research projects. The elaboration of the research project and the master’s dissertation. Systematization of information and academic work according to ABNT standards.

Fundamentals of Human Rights Ethics and Policy
Menu: Ethics, morals, politics and human rights: preliminary definitions. Teleological and deontological theories. The dignity of the human person. The human person as a capable subject. Ethical intention and moral norm. Judgment and practical wisdom. From the capable subject to the subject of law. Capabilities, rights and responsibility. The political paradox. The liberal-community debate. Human rights policy. The politics of recognition.

Theory of Justice
Menu: The problem of Justice: idea and justification. The Greek conception of Justice: the original notion (Justice as proportion and reciprocity) and the Platonic (Universal Virtue) and Aristotelian theories of Justice (General and Private Justice; Distributive and Retributive Justice). Historical analysis of Justice as retribution. John Rawls’ Theory of Justice: a political and not a metaphysical conception of Justice; contractual and interdisciplinary approach. Neoliberal criticism from Nozick to Rawls: a historical theory with no standard of justice. FA Hayek’s neoliberalism: the Mirage of Social Justice. Communitarian Theories of Justice and Criticism of Liberalism: M. Sandel’s communitarian criticism of Rawls; Spheres of Justice and Theories of Property in Michael Walzer; Tradition and Justice in Alaisdair MacIntyre.

Public Security and Human Rights
Menu: Analyze the legislation and principles employed in respecting human rights and preserving public order; Present content that allows a critical analysis of historical, cultural and political aspects related to the development of public security institutions; Analyze the convergences and divergences of police practices to constitutional guarantees; Provide a critical reflection of the knowledge produced in the field of Human Sciences about violence and discriminatory practices existing in Brazilian society.

Due Criminal Procedure in the American Convention on Human Rights
Menu: Main legal traditions. Due process of law as a fundamental right. Due Legal process in criminal proceedings. Citizenship and the position of the process as an inherent guarantee of Fundamental Rights. Legal equality and process. Matrices of the Brazilian criminal procedural system. Logics of Production of Judicial Truth. The comparative method applied to understanding legal systems.

International Human Rights Law
Menu: Notions of Public International Law and the autonomy of the DIDH: historical and political aspects, formation, legislative phase and implementation phase. Human Rights Characteristics. The international normative instruments fundamental to the discipline and its specificities. Relations between HD, Democracy and Development. Convergences between human rights, humanitarian law and refugee law. The Drittwirkung question. The protection of Economic, Social and Cultural Rights: current status and perspectives. The interaction between international law and domestic law in the protection of human rights: the incorporation of international human rights protection norms into the domestic law of states, their position in the domestic legal system and possible conflict with other sources of law. The obligation of States to give effective protection to HD by their internal organs. The HD hermeneutics, its application and the primacy of the most favorable norm for victims. The exhaustion of domestic resources and the intervention of international human rights protection agencies. Execution of sentences from the International Courts of Human Rights and reparations to victims. The global system and regional systems of international protection for human rights: the European system, the inter-American system, the African system, its characteristics, institutional and jurisdictional bodies, appeals procedures, as well as the jurisprudential construction in consultative, protective and contentious matters, and its influence on the development of HD defense. Relevant case studies from the Inter-American Court of Human Rights and the European Court of Human Rights. Human beings as subjects of the IACHR and with autonomous postulatory legal capacity. The universality of HD and cultural particularities in general.

Civil Jurisdiction, Procedural Guarantees and Effectiveness of Justice
Menu: Legal guarantee, in the constitutional and international perspectives, and its effects on civil jurisdictional protection. Fundamental Process Guarantees: Due Legal Process, “Fair Hearing” and Fair Process, Principle of Contradictory and Principle of Cooperation of the Judge. Controversial aspects related to evidential law: limits and possibilities for demonstrating the truth. Appealability of judicial decisions as a corollary to ensuring due process. Controversial aspects related to the implementation of jurisdictional provisions: compliance with judgment. Civil jurisdiction and the different executive powers. Procedural Reforms: the new configuration of the Brazilian Civil Procedure and perspectives for the future. 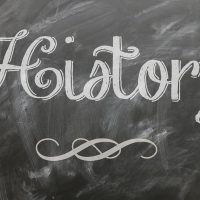 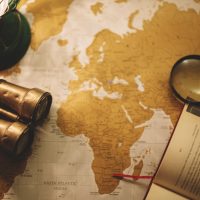