The main objective of the Bachelor’s Degree in Music is to provide a solid artistic-musical formation, at a higher level, that integrates the diversity of art-work, science and technology, in order to guarantee the acquisition of skills and professional skills that make the bachelors suitable for insertion in the most varied professional sectors: Performance, Musicology, Regency and Music Production, whose performance can occur in different musical activities, both in the public and private sectors.

To lead the academic to compose, to govern and to interpret erudite and popular musical works, with the use of acoustic or electronic instruments. Compose, create and interpret scores for soloists, ensembles, orchestras and / or singers. Arrange original compositions or adaptations. Reger orchestras, bands, instrumental and vocal ensembles. Interpret, with the specialization in the execution of a particular instrument or dedicate itself to singing. Perform in concerts, musical shows and recordings of soundtracks. Create jingles for commercials and radio and TV advertisements. Acting in recording studios, producing music with electronic devices, or working with the sound of musical and theatrical performances. To develop diverse researches in the cultural area.

High school students and others interested in the area. 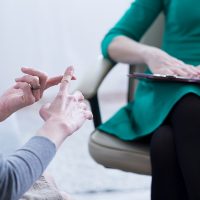